The Parisian Menswear Shows are most easily compared to the city’s dualistic cityscape. The foundation of the adored city is so classic, but walking along its streets one will notice what stands out most is the modern. It is the beloved Pompidou and the quasi-hated Pyramid that scream to be heard amidst the relics of its past.

Similar to its architecture, the French shows wrestled with the city’s regal fashion heritage and the desire to be different, new, ahead, in a time when everything seems to have been done before. Here’s a review of how our favorite designers fared overall. 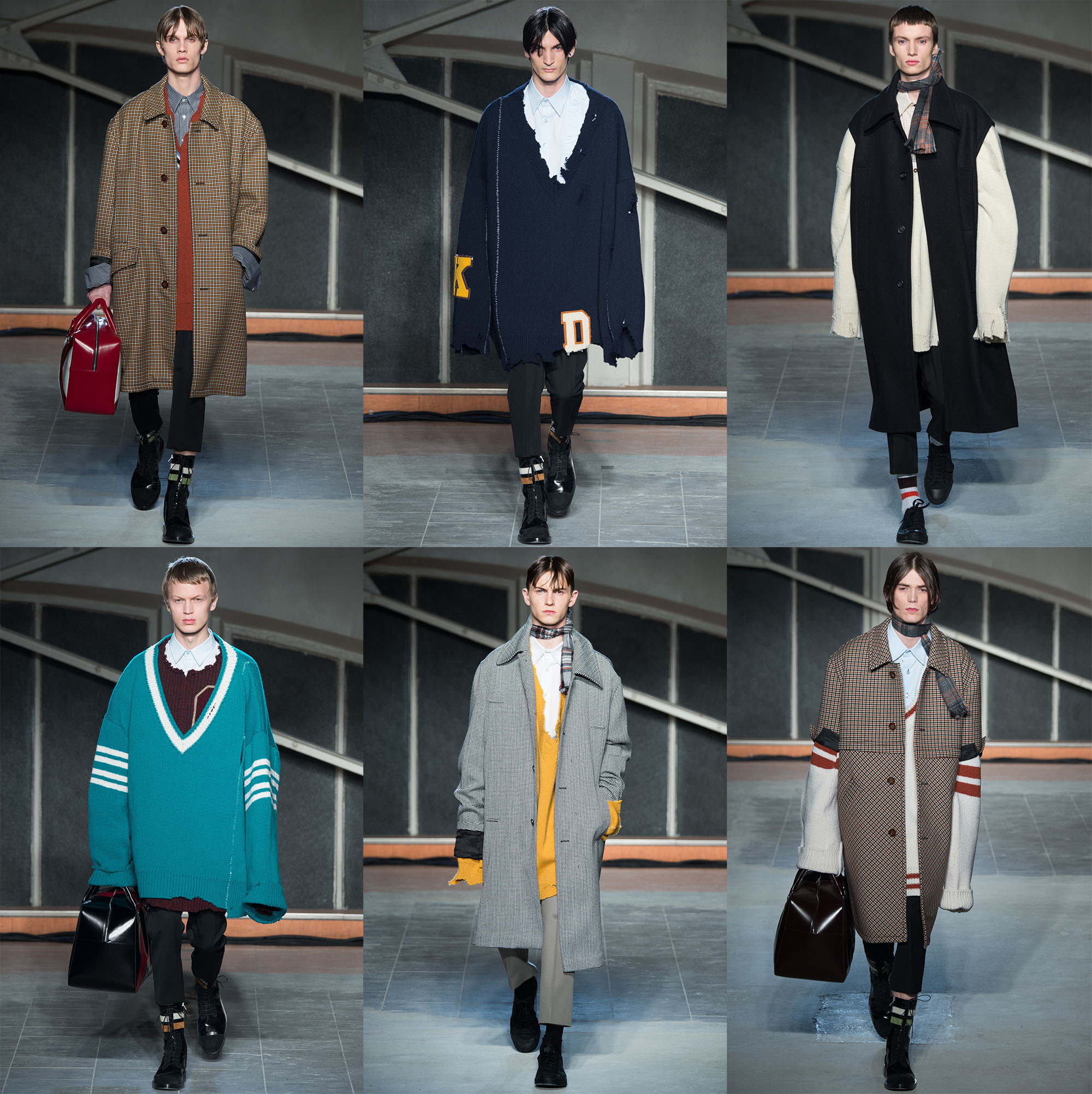 One of our favorites shows was Raf Simons, his first collection after leaving his position as Creative Director at Dior last year. When asked about his inspiration he explained that it was largely horror films…  Twin Peaks, Scream, Nightmare on Elm Street, Halloween, among others. In his own words, “I always like making beautiful things…but it’s also interesting when something goes wrong, something’s weird, something’s dark…there’s very much this contrast.”

We can feel both the era and the angst of his inspiration in the clothing. It is somehow juvenile and deeply eery. It’s clothing for a more complicated individual that’s not afraid to work with the overpowering statement practically woven into the clothing. 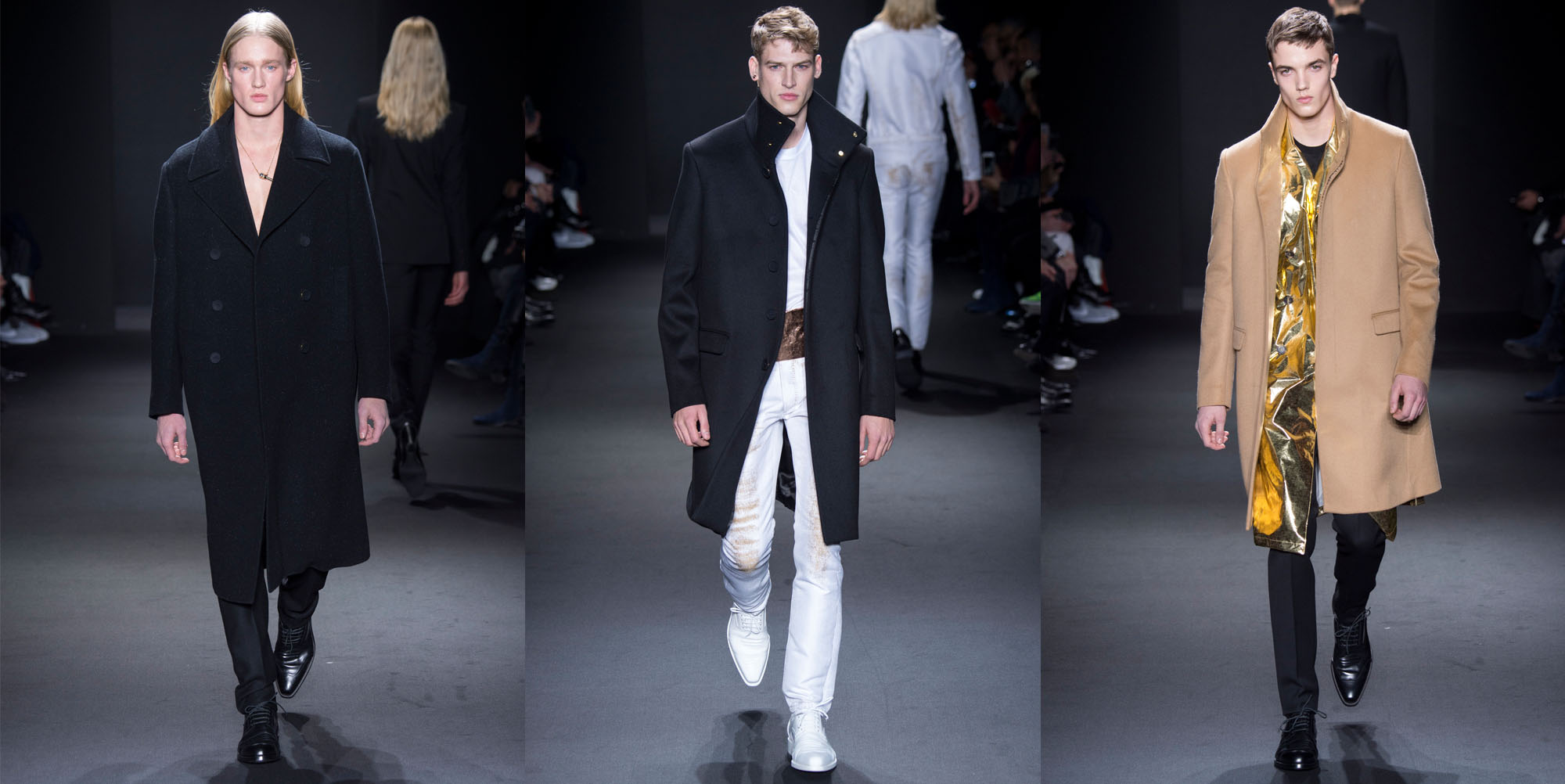 What one loves about Calvin Klein is not its innovation, rather its total and utter predictability of their designs from season to season. The brand continues to be new enough to be applicable but timeless enough to prove a great investment in any mans wardrobe. And so we must recommend buying at least a few Calvin Klein pieces as the most likely to carry you through the next decade or so. 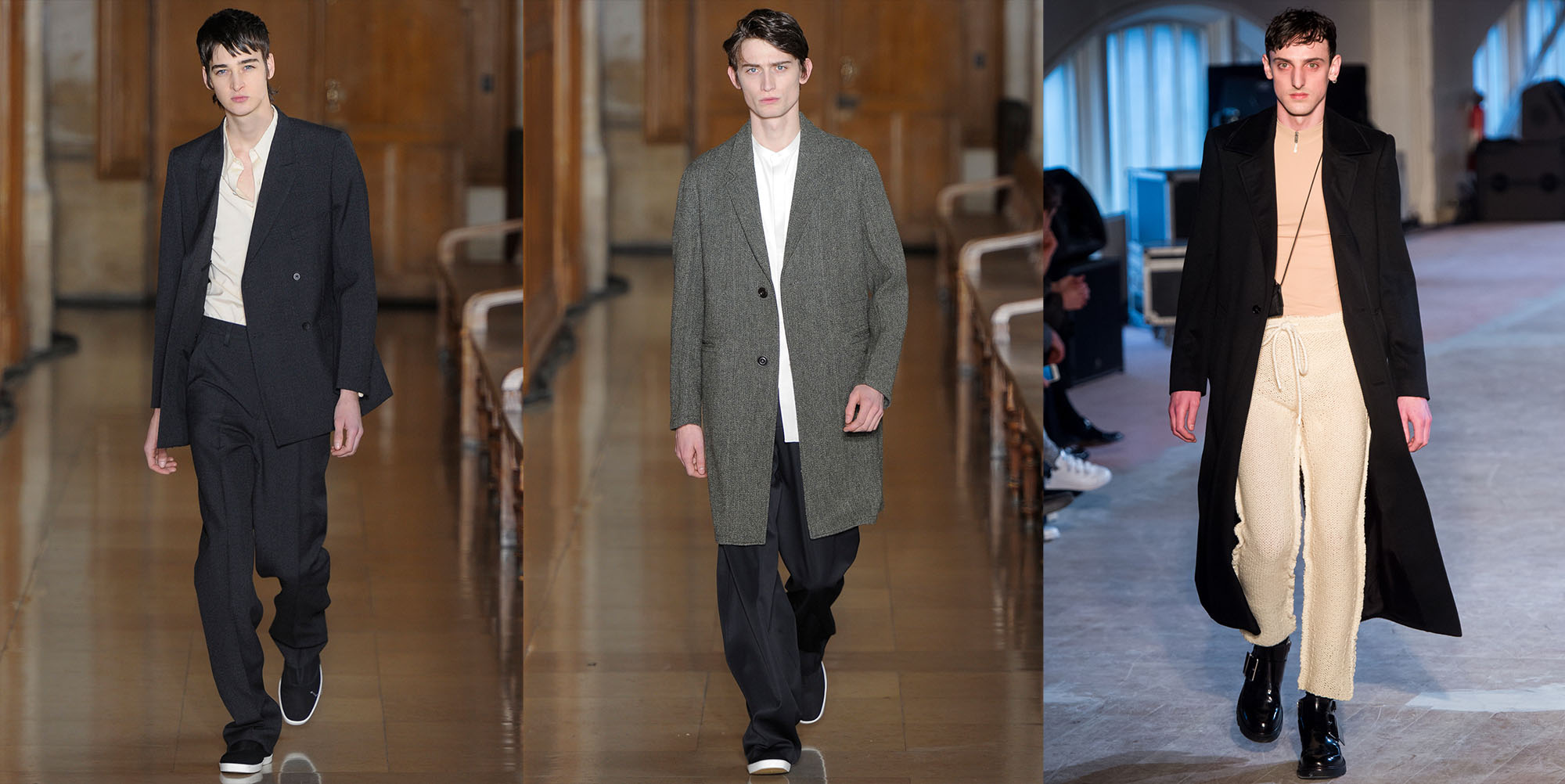 Two shows that were both minimalistic and overwhelmingly beautiful. (For the man that shies away from the “B” word as too feminine… please don’t!) Though the clothing is simply gorgeous, it is also undeniably masculine. Clothing that makes heads turn and forces lips to whisper, “Wow, that man looks incredible.” 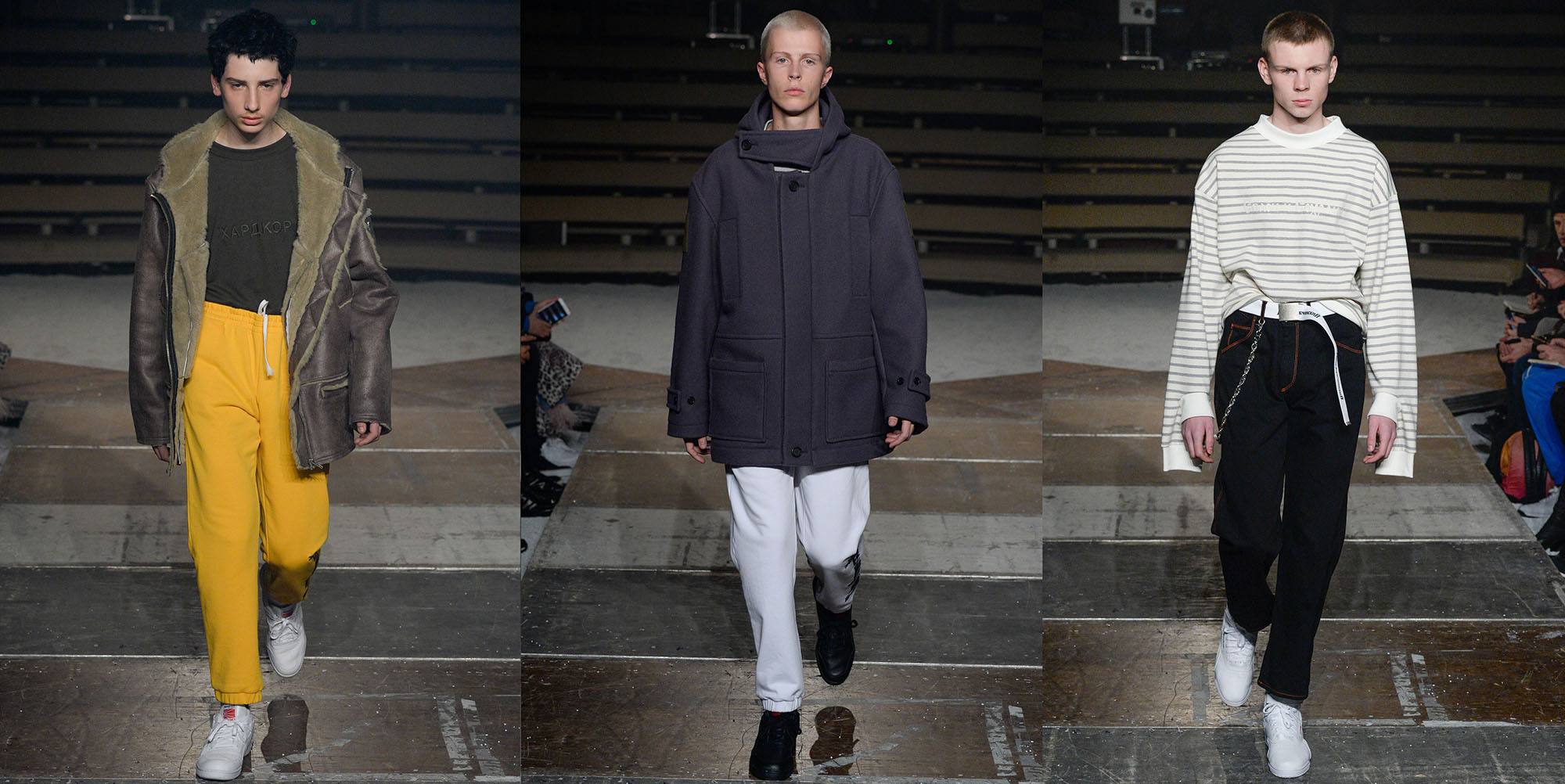 The artistic direction of Gosha Rubchinsky’s collection was definitely the furthest from the median. Though we aren’t entirely sure on what side… punk rock (definitely), nerd from the 80s (there were a few looks), badass (a couple of those too). This show was definitely the metaphorical Pompidou.

The Russian designer’s show, entitled “Save and Survive,” was an homage to the battered youth style of the Post-Soviet Russia of the early 90s. Though there are many, worldwide, that can appreciate the rebellious attitude of his looks. 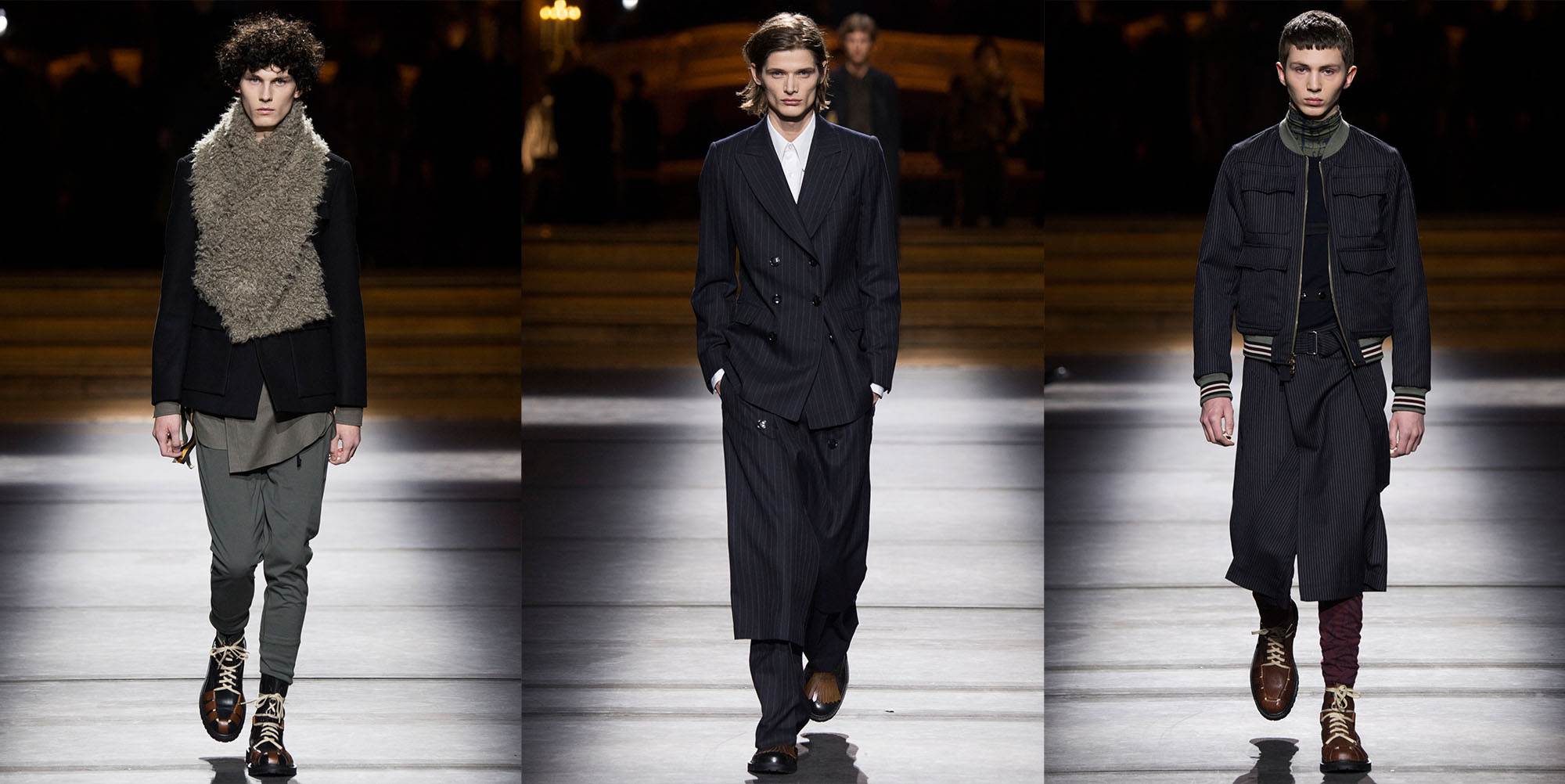 Looks from the Dris Van Noten show should not be missed by the fashion forward and modern dressing man. From loosely-fitted coats, to cleverly structured culotte shorts over fitted pants, to very cool boots…. This is another great favorite of ours. And we would ask every man to consider getting this suit… because it is just too incredible not to. 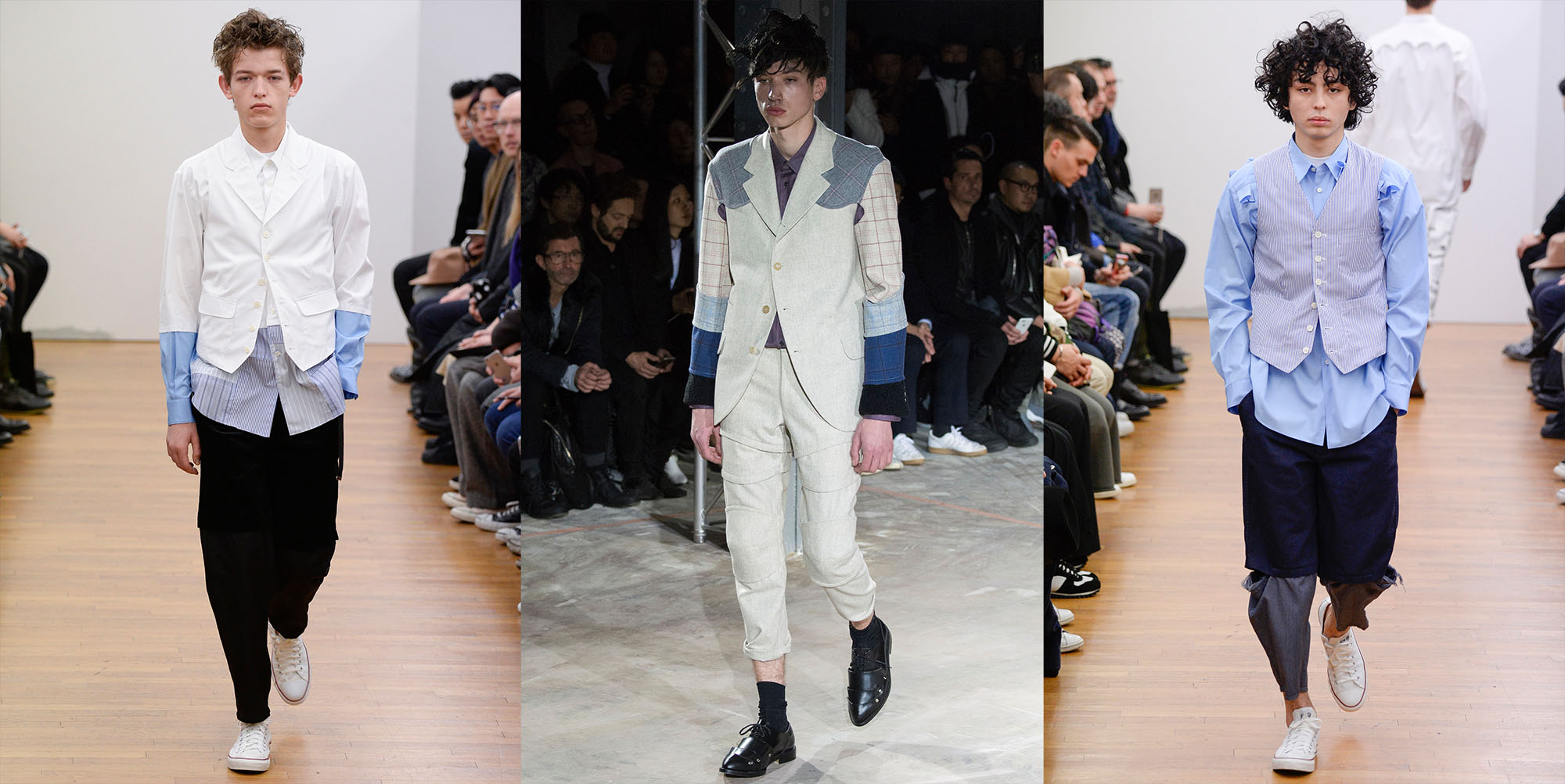 Along the same line as Dris Van Noten, but a notch less regal, were CDG & Commes Des Garcons. The two brands played around with more boyish versions of clothing for the fashion-forward man. There is something to be said for dressing more playfully, and especially for adding some color in the Fall. 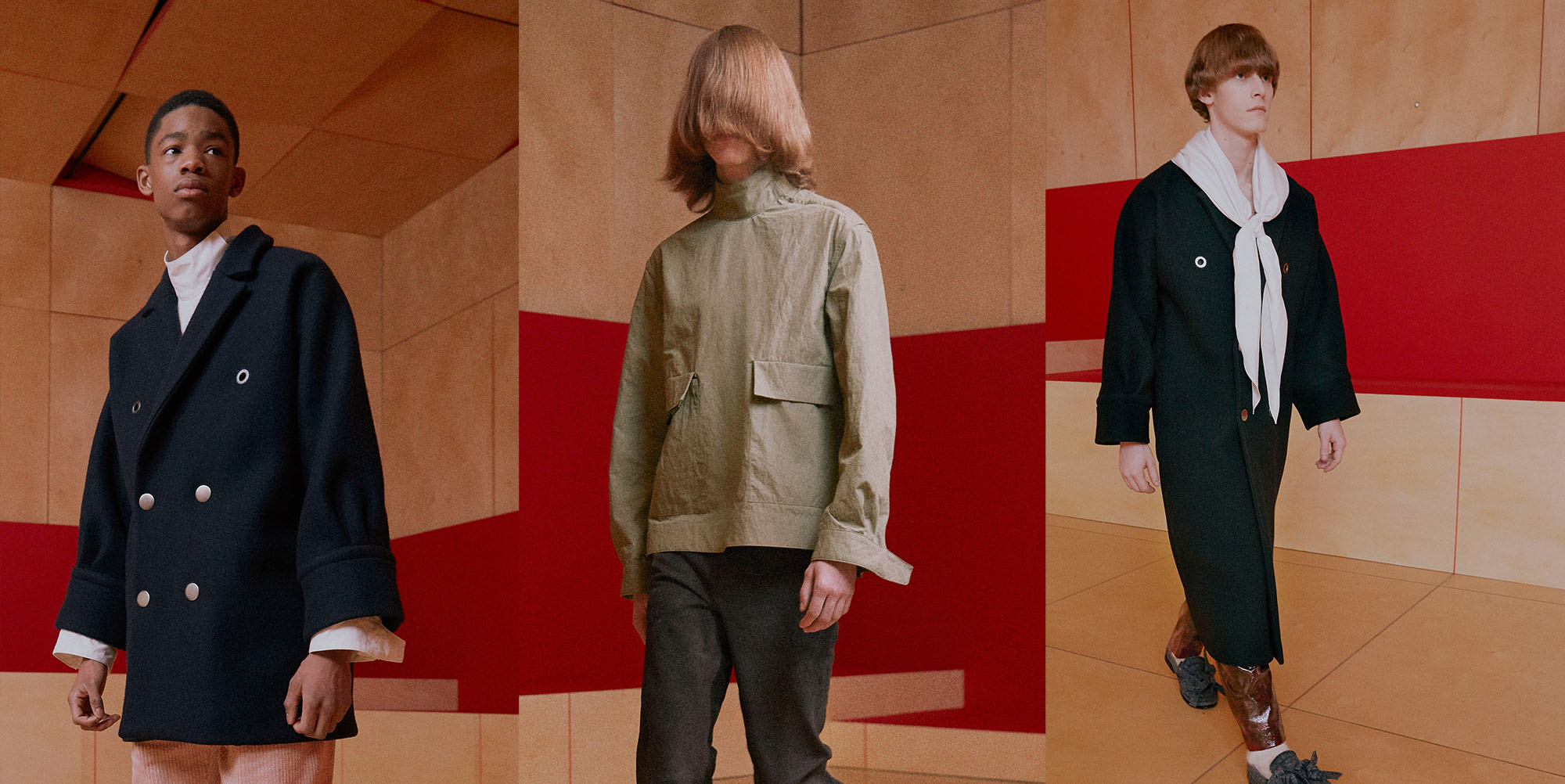 Not our favorite Acne Studios show, but still noteworthy. The Swedish brand created looks that are somehow both cozy and naval. We mostly appreciated their oversize wool coats. 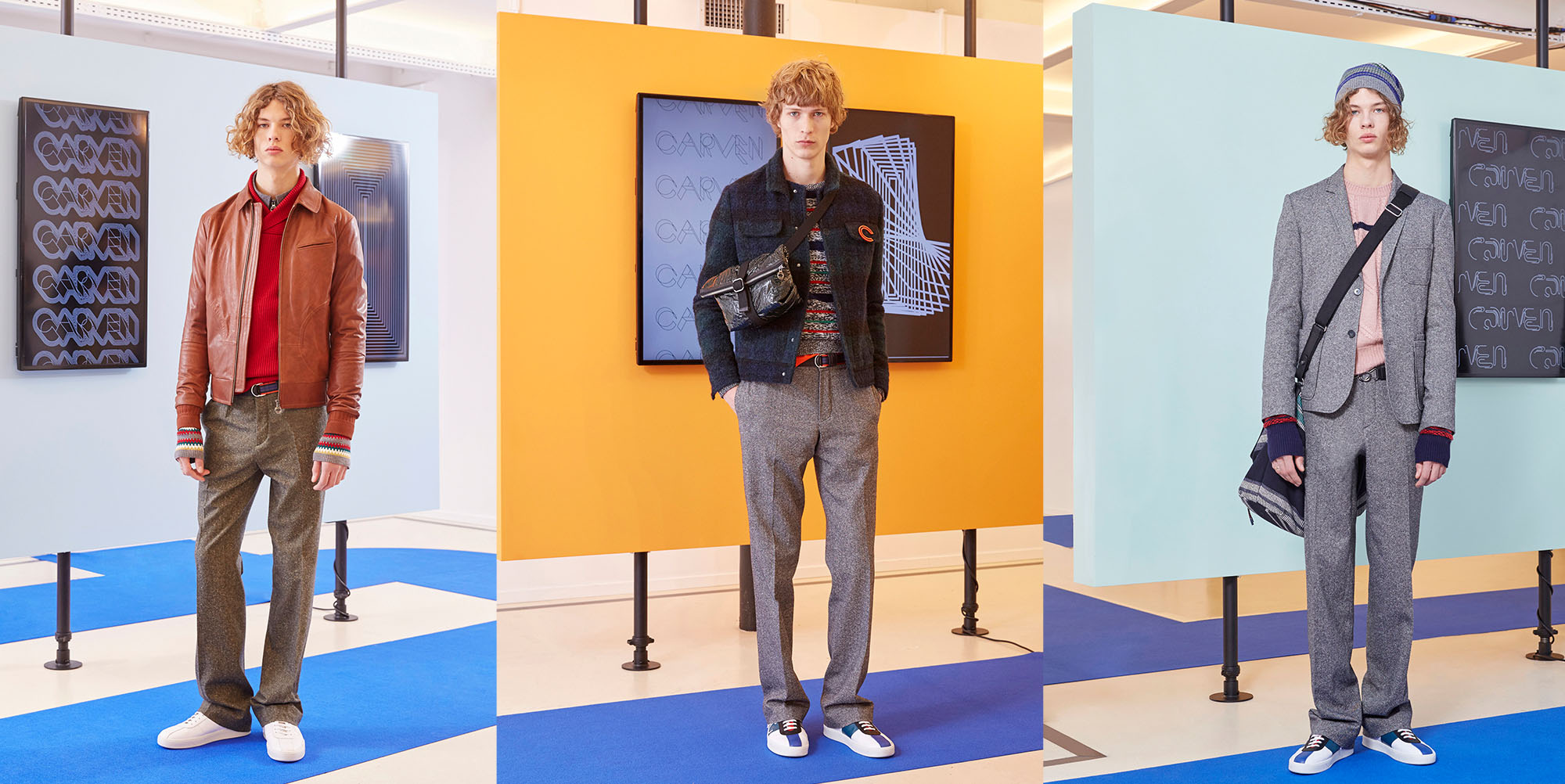 There’s nothing new here really… Carven continues to be adorably euro. For the man that wants his clothes to say, “I’m an artistic, intellectual, deep-feeling individual,” this is the best way to go. And don’t mistake the statement as a slander… This is a man that is easy to fall for… and who doesn’t want to be loved and adored? 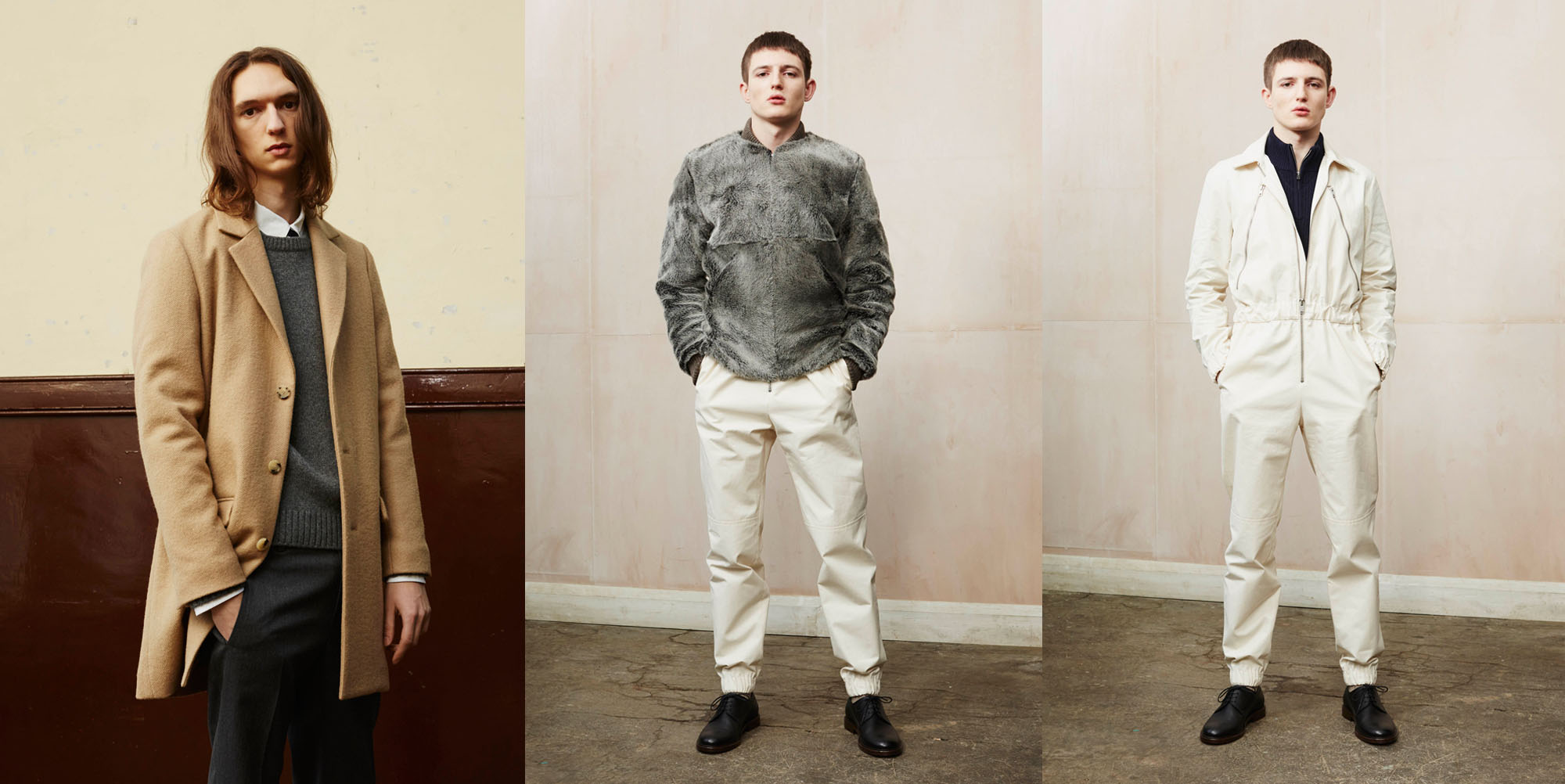 A brand that stood out amongst all the others as the most French, was definitely APC. Of course the brand is French, and the ready-to-wear brand is one the most likely to be purchased and worn along the Parisian streets (at least from our list.) And what did we like most? Definitely the white jumpsuit!

Would you wear it?